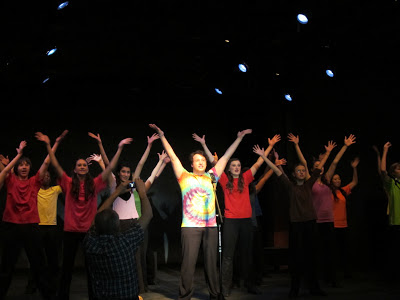 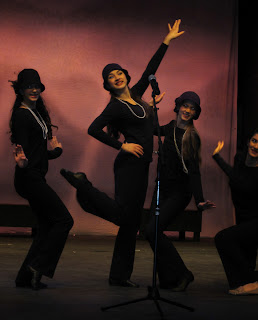 We put on a show the other day. 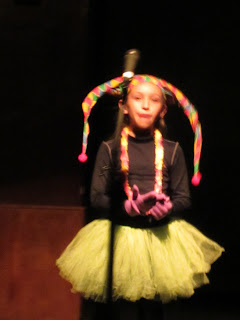 During both performances, I stood in my little corner at the back of the theater, near the door to handle tickets for any late-comers and close to the table of “Singing Valentines” I supervised at intermission, and watched in delight as our young performers–ages 9 to 25–danced, sang, and acted their hearts out. I marveled at their intensity, focus, and the way each of them has grown over the four seasons of this little theater company, first birthed by God in my mom’s heart and brought so beautifully to fruition by His grace and the effort and teamwork of so many–our gifted directors, faithful moms and dads, our “CAREactors,” and of course my beloved family. 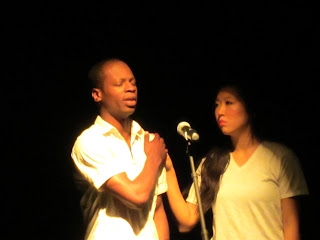 So many trials and tribulations the Lord has carried our company through these past few years, but He has always, always been faithful. And the months leading up to past Saturday was no exception. Last fall we weren’t even sure if our group could go forward, we had so few kids sign up at first. But I remember my mom praying with the staff, thanking the Lord for whatever He was doing and whatever He had in mind, and He ended up bringing together our strongest cast yet.

Then in recent weeks, as with so many winter shows, a large percentage of our cast had gotten quite sick, and some still struggled with coughs and raspy voices, but no one felt really ill and they did a beautiful job regardless, bringing to life selections from Les Misérables, The Muppets, Wicked, Beauty and the Beast, Thoroughly Modern Millie, and Joseph and the Amazing Technicolor Dreamcoat.

Now that this show’s intensity is past, other things press to fill my heart and mind. Our upcoming move; another writers conference to prepare for; a novel and script to continue writing; other exciting yet scary new steps to seek God’s timing about. 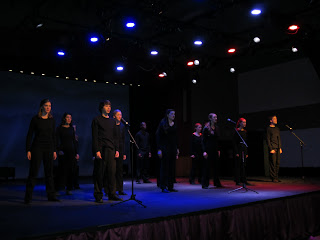 Yet He’s been reminding me of that One Thing really necessary, yet that I so often forget–to take time to be still in His presence and listen to Him, not rush ahead with the next opportunity for busyness. It’s only when I do that I’ll really be able to hear His voice, and let Him direct my paths.

“Now as they were traveling along, [Jesus] entered a village; and a woman named Martha welcomed Him into her home. She had a sister called Mary, who was seated at the Lord’s feet, listening to His word. But Martha was distracted with all her preparations; and she came up to Him and said, ‘Lord, do You not care that my sister has left me to do all the serving alone? Then tell her to help me.’ But the Lord answered and said to her, ‘Martha, Martha, you are worried and bothered about so many things; but only one thing is necessary, for Mary has chosen the good part, which shall not be taken away from her.'” ~Luke 10:38-42

4 comments on “Busyness, Next Steps, and One Thing”