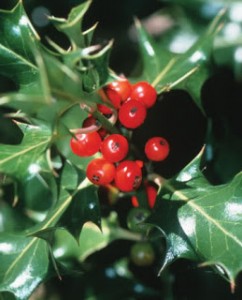 to follow my special Christmas series Journey Toward Bethlehem posted throughout the week, feel free to subscribe on the right side of the home page or here to get notification of new blog posts. Your email won’t be used for anything but that. 🙂

There’s an old idea that writers write in solitude—though I’m not sure it was accurate even in the past. After all, the Inklings of Lewis and Tolkien fame certainly wrote in community.

But regardless, this idea is no longer. At least, it shouldn’t be.

One of the most unexpectedly precious gifts I’ve received from the Lord along this writing journey has been the new friends I’ve made. From critique partners to those who’ve given of themselves to my research to writers with similar stories burdening their hearts, these friends have so enriched my life.

This year, several of these friends have exciting projects happening that well befit this season. So I thought I’d share them with you!

Amanda Dykes is a writer whom I’d only seen online till we met at a retreat with our mutual literary agency this fall. And what a treasure she is! Her beautiful heart and caring spirit blessed me greatly, but I hadn’t read any of her writing until I discovered a very special project she has been laboring over, centered on this Christmas season in a special way. I’ll let you read about it in her own words on her website here, but briefly, she has penned a very special story that, rather than being for sale, comes as a gift when readers give towards bicycles for national pastors with Gospel for Asia. Isn’t that a beautiful way to remember Jesus’ coming as the greatest gift of all?

I wanted to participate just from the beauty of this project and Amanda’s heart, but when I began reading Bespoke itself, the story captured me as few have. It reminds me of first reading Narnia, so powerful came the tug on my imagination. ‘Tis a tale so special I’ve actually stopped reading it—on my own, that is. I want to save it to read aloud with my family over Christmas!

Another story to tug on your imagination in a different way, Katheryn Haddad’s meditative retelling of Jesus’ birth also touched me deeply this fall. What grabbed me most in Star Song was how Katheryn, a Bible scholar and teacher, established and brought to life the historical context of our Messiah’s coming. I really didn’t realize what very tumultuous world Mary, Joseph, and Jesus grew up in—how very dark it all must have seemed, and how God’s people must have wondered where He was, what He was doing…even as He was in fact about to turn history upside down and enter the world Himself.

Katheryn has allowed me to include a special question and answer from her here about this book—I hope you are blessed, as I have been.

A:            I dedicated it to everyone who has ever doubted. Other than my sweet mother born in 1913, I do not think I have ever met anyone who has not had some periods of doubt, whether brief or long term. So, as I wrote, I was careful to cite historians who lived during that time period as well as actual Bible references, all backing up each major event. Plus, the few atheists I have talked to about their atheism said they were angry at God who did not rescue them or a loved one from a tragedy. We know Joseph struggled, not believing Mary’s explanation of how she became pregnant. As I read through the Bible conversation she had with the angel, I saw that it took her a little time to believe it. But eventually she did. Eventually nearly everyone in the book overcomes, but not all of them.

But, there is a secondary audience: Children. Children are just now in the process of building their faith. Therefore, I wrote a child’s parallel version of the book so they can read along with Mommy and Daddy.

The first in an eight-book series on the life of Christ, both versions of Star Song are available on Amazon and Barnes and Noble.

Finally, several wonderful historical authors I’ve been blessed to get to know a bit have been running a delightful series of Christmas letters written by their heroines. The giveaways associated with the Christmas Chronicles have concluded now, but I still encourage you to stop by their websites to read the letters—and maybe even find the books these heroines hail from. I know I want to, after reading them!

Well, that’s it for now. I hope you’ll click to learn more about Bespoke, Star Song, and the Christmas Chronicles! What I love about all these authors is their desire to give to others and bless and personally connect with readers, not just sell their books. May you be blessed too, friends, as you read from them.

4 comments on “Stories in Community: Bespoke, Star Song, and the Christmas Chronicles”