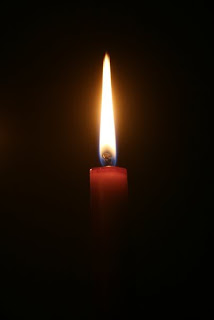 My family lived with and cared for my elderly grandmother for over eight years until she went to heaven at ninety-six. I’m so glad we had those years with her, and we have many sweet memories. But sometimes, not having a home of our own and being continually on call for a strong-willed little lady—with dementia—got very hard.

During one particularly difficult Christmas season, I sometimes escaped to the enclosed back porch office off my parents’ bedroom. There, in the December darkness, I would fire up the desktop computer and watch this movie trailer for The Nativity Story, then just releasing in theaters.

I hadn’t seen the movie yet, though I came to love it later, but something in the trailer spoke to my soul. However stressed I might be, watching those images and hearing the gently haunting music stilled my troubled heart in a way I couldn’t fully understand, but embraced.

Maybe it was the visual representation of light piercing the darkness, of God’s long-made promises kept. Maybe it was the reminder of the darkness of the world Jesus was born into…the danger and hardship and struggle not-to-be-afraid that Mary and Joseph faced. Yet He was with them.

Sometimes it’s hard to see God’s goodness in the darkness. In a world where young men are killed in questionable circumstances…where a community explodes in a backlash after generations of injustice…where active shooters are a thing to prepare for…where hurting refugees double the population of Lebanon…where young mothers die of cancer in one part of the world and botched sterilizations in another…where close relationships are wrung and faith is tested day by day.

Yet into such a world, Jesus came.

Driving in the car recently, I struggled with all I’d been seeing on the news and more personal things that weighed my heart. And I questioned where the Lord was in all this…dark.

The answer pressed sudden and unexpected: He is right there.

Corrie Ten Boom, who suffered and watched her beloved sister die in a Nazi concentration camp for harboring Jews, testified that no darkness was so deep that God’s truth was not deeper still. And while I’ve never experienced the depths of evil the Ten Booms did, it is in my darkest times that I have known the Lord’s nearness more than at any other.

I still struggle to understand sometimes why He allows all He does. But I am learning that perhaps I have been asking the wrong question. Perhaps the thing to remember is not why this stuff is around, but Who can deliver us from it.

And that is Jesus.

He is the only One who can help us overcome human trafficking, and angry hearts, and racism, and lies. He already is, all over the world. And He’s promised never to stop.

“There will be no end to the increase of His government or of peace,
On the throne of David and over his kingdom,
To establish it and to uphold it with justice and righteousness
From then on and forevermore.
The zeal of the Lord of hosts will accomplish this.” 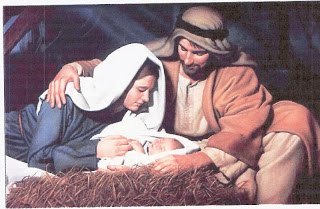 Jesus didn’t come into a nice and comfortable world. He came into a very dark and messed up one. (Writer friend Katheryn Haddad in her new release, Star Song, drove this home to me powerfully. I hope to share more about her and her book soon.)

But He came, into our mess, because “He did not regard equality with God a thing to be grasped.” (Philippians 2:6)

May that truth encircle your heart this Christmas, whatever darkness you may be facing. For He has come. He has not left us to be engulfed by the dark—He has invaded it with His light. And the darkness has not, and will not, overcome it.

Do you ever struggle with finding God amid the darkness? What helps you to grasp His light? Please share, if you are led. And a blessed Advent to you. 🙂

8 comments on “Where Is God When the World Is Dark: Meditating on Immanuel”