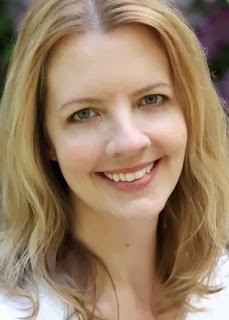 Welcome to my very first author interview and book giveaway! I have been so blessed to connect with historical novelist Lori Benton and her heart for Native American history these past few months, and I’m honored she agreed to not only be interviewed but to give away a copy of her beautiful book Burning Sky right here on Pioneer Diaries! I hope you enjoy this chance to visit with her yourself. Comment below for a chance to win!
1.     Welcome, Lori! Thank you so much for being willing to share from your heart and story with us. What draws you to write about the kind of history that you do?
Initially it was characters wearing knee breeches in the movie, The Patriot, and a novel that introduced me to late 18th century American history, a little before that. I know. Not exactly profound! But as I plotted and wrote that first novel set in the 1700s, I found myself drawn much deeper than men’s fashion, to settings and characters who didn’t quite fit into acceptable European American society of the time, because they’d been on the frontier, had discovered other ways of living, and come away changed. Or they were slaves on a plantation, a culture within a culture. It’s that middle ground experience of identifying with more than one culture or worldview at a time that keeps drawing me back to write about 18th century American history.
2.     That’s so neat. So what sparked this story? 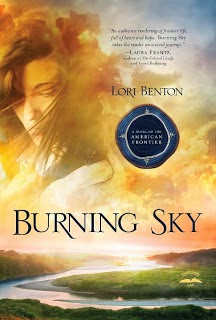 A combination of things I couldn’t now untangle, but two factors were uppermost: 1. my research into 18th century history lead me to New York, where those conflicting cultures and worldviews played a huge part in the history of that colony; and 2. a couple of visions of a character (who turned out to be Willa Obenchain) that seemed to fall out of the blue into my head, but were no doubt a product of my subconscious stewing over the books and movies I’d been consuming during the preceding years, and the aforesaid research. What better point of view to tell a story of the middle ground and what that meant to an individual than a woman raised half her life by her white parents, and half by her Mohawk captors-turned-family, now forced to make a choice. Will she let one identity go in favor of another, or is there a way to be both? Where will such a life be allowed to flourish? Or will she settle into solitude, unable fully to embrace either life?
3.     What inspires you to write about Native Americans? How did that heart develop for you?
I wish I could remember how and when that heart developed. It goes back farther than my memories, as evidenced by the first story I wrote in 1978, aged nine. Yellow Feather and the Wild Mustang was about a Plains Indian girl who rescued a wounded horse, nursed it back to health, and rode it against the boys of her village in a race. Which she won (of course!). I have no memory of why I chose to write about a Native American girl. I must already have been reading books along those lines by then. I’ve been an avid reader since I can remember. Libraries (school, public, and our neighborhood Bookmobile) were some of my favorite places. Still are, though I miss that Bookmobile!
4.     Oh, I love Bookmobiles! A lot of my current favorite CBA authors I discovered through our Bookmobile when we lived in rural New Mexico. So…what’s one lesson or perspective about history that you hope people take away from your books?
I hope readers will take from my books this fact: no matter which side of the frontier a man or woman identified with, Native or American/European, they shared the same basic hopes and loves and fears; hopes for a future and for peace; love of family; fear of seeing those things destroyed. My goal is never to romanticize history or historic figures, whether real or fictional, or any one people group, but to show the diversity within each. The good and the bad. The courageous and the craven. And the vast majority who fell somewhere in between. Throughout the 18th century, individuals reached across the cultural divide to forge relationships—trade, friendships, marriages—and existed as such during an era of remarkable upheaval and change. I hope readers will catch the spark of my admiration for and fascination with these individuals (or characters who resemble them) and their ability to see beyond their worldview and upbringing to embrace the hearts and minds of those staring back at them across that divide.
5.     I love that—your heart to help us see that however different we might look on the outside, we share so much on the inside. What about one theme or new insight about God that you hope readers will find?
A beautiful thing about fiction is how each reader brings his/herself to the pages, and each gleans something unique and personal from the reading experience. I tried hard to allow the spiritual arcs of the characters to grow as organically as the emotional arcs. Yet what I brought to the pages in this way felt so small—a snack, really—a tiny offering to a readership who (if they’re anything like this reader) craves a spiritual meal and will take it from a novel if they can get it. But as a writer I want to tell a good story, primarily, not preach a sermon. That’s where the Holy Spirit steps in. I don’t have to provide the meal to satisfy each reader (that would be impossible for one story written by me ever to do). God takes what I put have and multiplies it.
I’d be blessed to know what spiritual insights readers discovered for themselves.
6.     Do you have a favorite character in Burning Sky? Where do your characters come from?
That’s a bit like choosing your favorite child. I love them all and it’s hard to name names. But I do have a soft spot in my heart for Neil MacGregor. Neil is a survivor. He’s suffered a debilitating injury that might easily have caused him to give up his life’s passion, his dreams. It’s an injury that renders everyday life more challenging, much less the professional commission he’s taken on as a botanist. Yet he’s pressed on, found ways to compensate, and discovered that with God’s strength and grace he’s capable of more than he’d have known had that injury not occurred. I find that inspiring, and hope readers do as well.
Characters (mine, anyway) come from so many different places. Everywhere, really. They’re a product of the books I’ve read, the movies I’ve seen, the history I’ve learned, the people I’ve known, the  life I’ve lived, and my own human nature. It’s a mysterious process that I’ll never be able to unravel. Or fully articulate!

Click here to read Lori’s special post on Neil MacGregor today! The excerpts there from Burning Sky may make you want to enter even more. 🙂

I hope you enjoyed visiting with this lovely author as much as I did. Stay tuned for the rest of Lori’s interview on Friday. [ Read PART 2 here.] And now you have a chance to receive a SIGNED copy of her beautiful historical novel for yourself! Comment below with your name, email address, and why you’d like to win Burning Skyto be entered into the drawing. One more chance to enter on Friday—then the happy winner will be announced the following Tuesday!

40 comments on “An Interview and a Giveaway: Lori Benton and Burning Sky! Part 1”