I so enjoyed seeing the movie Saving Mr. Banks a few weeks ago. As a writer, I loved the “behind the scenes” angle on a story going from book to screenplay to film, plus the marvelous acting in a poignantly multi-layered story. But one line struck me in particular, and I’ve been pondering it sin 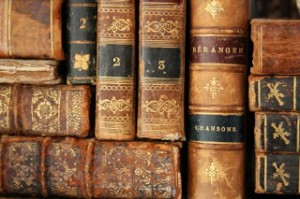 “That’s what we storytellers do,” Walt Disney says near the end of the film. “We restore order with imagination. We instill hope again and again and again.”

After a difficult weekend recently, I found one of the ways I sought comfort was through stories . . . a good movie, a good book. Certainly that comfort was nothing new. But they had to be really good stories—well written, with authentic characters, as I discovered when the rather mediocre novel I’d been trying to work my way through just didn’t cut it anymore and promptly met the giveaway pile.

That made me realize it isn’t just the distraction of a story that helps when times are hard. It’s something deeper.

And so I began thinking again about this quote, and about what a story is. Anyone who has heard even the rudiments of “how to write a story” knows stories are about conflict. No conflict, no story. A functional definition of a story, whether an epic novel or a favorite uncle’s family tale, might be that it’s the encountering and overcoming of . . . problems.

The quote from Saving Mr. Banks seems to intimate that stories give hope through a sort of re-framing of reality, rewriting the endings to reflect how life might have been, rather than how it actually is. And in a sense, that is what Walt Disney and P.L Travers do with Mary Poppins and Mr. Banks in a story-redemption of their own flawed fathers.

But I wasn’t sure if that line was entirely true.

I think stories can indeed “restore order with imagination.” In fact, a South African pastor preached a wonderful sermon on this at our church recently—you can listen here if you’d like. But if what stories and imagination bring is based purely on a false perception of reality, that hope is just what P.L. Travers feared—nothing but spoonfuls of sugar and fairy dust.

I think, instead, the best stories actually r 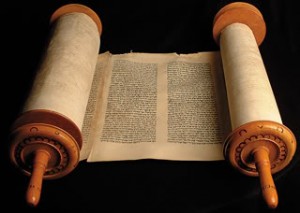 eflect to us a reality deeper than what we can always see on the surface of this flawed and sin-riddled world. They help us to see the bigger picture. They give us hope that evil will be overcome by good in the end, that all is not lost, that all things are possible. All of which are absolutely true . . . if we know the greatest Story-Writer of all.

He, in fact, is constantly working to reframe our reality, as this article points out—to redeem it, to, yes, save it. To bring good out of evil. The great story we call history shows this—especially when He entered it Himself in the biggest, most unpredictable plot twist ever.

3 comments on “Why We Need Stories”