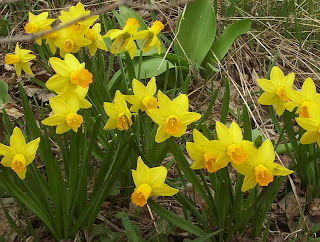 I recently read an article in Guideposts magazine where the author shared the impact the movie Doctor Zhivago had on her as a young girl. Times were tight for her family, and she and her mom both worked at the local movie theater. After seeing a late showing of this particular film, for the remainder of the film’s run the author and her mother would use their break times to catch a certain scene where a snow-covered landscape became a field of dancing jonquils. The hope and promise of that film bit helped them through a rough time.

I’ve never seen Doctor Zhivago, but the article struck me—how a movie could have such an impact on someone’s life. That scene, and the music that accompanied it, remained precious to the woman and her mother for the rest of their lives.

A couple of days later after reading this story, I was having a hard day—not a horrible day, just one of those days when the day-to-day hard things suddenly feel too hard. I was perilously close to either losing my temper or bursting into tears. Instead, I finally sat down with my lunch (eating sooner might have helped matters in general) and decided I might as well continue reading one of my critique partner’s stories (which I was supposed be critiquing anyway) while I ate.

I opened my laptop and began to read. A few minutes later, I realized I was laughing. My stomach had relaxed and my breathing evened. Things that had seemed so hard a short time ago now seemed manageable. Why had I been so upset again?

What is it about a story?

I can think of many times when a story, whether in movie or book form, has calmed and lifted my heart and reset my perspective. I remember once years ago when my family had been having a rough evening relationally—I don’t remember what it was about. However, my little sister had been promised that we would watch the video version of Patricia St. John’s Treasures of the Snow that night, so we sat down together, most of us not really in the mood for a movie. But after journeying through heartache and healing with Lucien and Annette and little Dani in the Swiss Alps, our hearts were softened and gladdened and more ready to love and forgive, just as the characters in the story had learned to do. 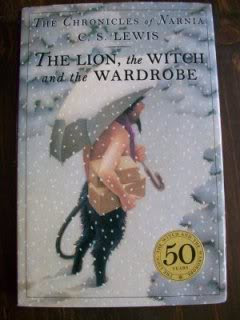 Stories have power. I don’t fully understand it. Not all stories impact us for good—some leave us cheapened or dissatisfied, even dirty or oppressed. But impact us they do. And in the best stories, the ones that human hearts love and thrill to from generation to generation, I think it is because they reflect something, consciously or unconsciously, of God and His story.

To be continued next week, probing a bit deeper into why perhaps stories hold the power they do. I’m still trying to process and explore, so do join the conversation!