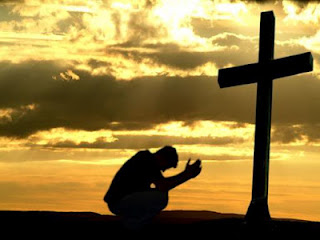 Peter
Darkness.
I stumble through the Jerusalem streets, half-lost, wishing no one to find me. I stumble and fall, cracking my elbow against an abandoned vegetable cart, welcoming the pain.
I deserve far worse.
I huddle on the rocky ground and clutch my head in my hands, thankful for the night-blackness around me, though it can only be midday.
How can it have happened? Sure, there’s been opposition, but there always is to a righteous cause. I was ready to fight even last night—didn’t I show I could wield my sword? And would have kept on, if He hadn’t stopped me.
Even when the others ran away, I followed Him to the high priest’s house. I hadn’t given up yet. John, sure, he has connections and got inside, but I stuck around.
But then . . . God help me, but then.
“Woman, I do not know Him.”
“I do not know what you are talking about.”
“I do not know the man.”
And my words from just a few hours before, taunting in my mind: “Even if I have to die with You, I will not deny You.”
How could I have done it? Worse, how did He know I would do it?
I dare not think what may be happening now.
Voices approach, and I scoot against a wall, glad for the dark’s covering. I don’t want them to see me. I never want to see anyone again.
Then I hear a name and strain to catch the words.
“Jesus of Nazareth . . . Pilate . . . crucify, crucify . . . bearing his own cross . . . Golgotha.”
I cannot breathe.
No—no.
The steps fade away. Alone, I pound my clenched fists against the rough stone of the wall, my nose running hot and eyes streaming into my beard.
No.
Why didn’t He call those twelve legions of angels like He said He could? Why did He let Judas go, when we could have bound and gagged him last night if only we’d known?
It is long before I get up. I find myself at the upper room where He brought us for Passover, the one place I want to avoid, but I’ve nowhere else to go. Others are there. My brother is there.
Andrew looks at me as if he can see into my heart. Brothers can. But I don’t want him to.
And then, dark agonizing hours later, a shuffle at the door, and John stumbles in, supporting Mary, mother of the One I claimed as Messiah and Lord. One look at their ravaged faces and I know.
It is over.
And through the dirge of anguish and weeping, though the sun has reappeared in harsh setting rays of orange, I feel the darkness will never lift again.