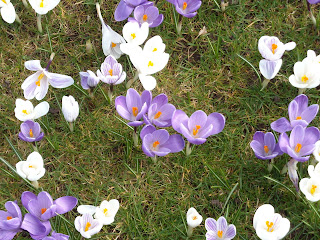 She had almost given up hope.
No matter that everyone called her beautiful. What was beauty, or anything, if you couldn’t pass it on to your children?
And she had no children. The shame of it cloaked her, gnawed at her insides. What was a woman without children in her time? Far worse than one without beauty.
Beauty passed away, like her youth, like her years of monthly hope and crushing disappointment, like the waning vigor in her husband’s limbs, and her own.
Like her hope.
Despite the promise Abram clung to, she had very nearly lost it all.
The desperation clawed at her, as she lay beside her husband at night. What of this promise the great God had supposedly made, He was taking too long. She couldn’t stand it anymore. Perhaps He needed her help. Maybe that was what they were meant to do—perhaps He intended to fulfill His promise through action they would take. That would make sense, wouldn’t it?
Because she couldn’t stand it much longer. The waiting, this endless waiting, hoping with no end in sight, nothing she could see to hold onto.
And there was Hagar.
Young. Subservient. Strong.
Fertile.
It was not ideal, but one could not hope for ideal in this world. You had do the best you could with what you had been dealt. Clearly God had prevented her, Sarai, from having children. So He must expect her to use the wits He had given her and figure out some other way. The child would still be hers, after all, as the concubine’s mistress.
Wouldn’t it?
So Sarai bent her husband’s ear. And he listened, whether from love or foolishness.
The young Egyptian woman conceived, easily, quickly. 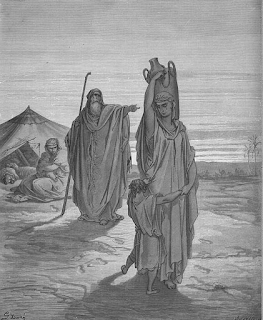 And the torment of jealousy blistered Sarai’s heart, turning her against her husband, her maid, the child. Her solution didn’t fix the problem at all.
Nor did it alter God’s plan, or block His grace. He still sent Isaac, the baby He had promised, through Sarah’s womb. He continued moving forward His plan for world redemption through Abraham’s family. And He did not forget Hagar and Ishmael, caught up in an ugly web not of their own making, but heard them, saw them, and promised them blessing too.
Yet oh, the heartache, because Sarai was not willing to wait on God’s timing, on His way of doing things, but sought to “fix” things on her own.
As our theater company rehearses for our upcoming production based on the biblical story of Joseph and his brothers, we’ve been studying together that account in Genesis, and I’ve gone back to read the earlier history of that family, bringing me to the story of Sarai and Hagar.
It always sobers me, because I struggle with wanting to take things into my own hands, to “fix” them. I long for “something to happen,” wanting to somehow “make it happen” on my own. I don’t like waiting. Neither did Sarai. And God made her and Abraham wait a very long time—twenty-five years, from when the LORD called Abram from his family homeland and promised to make the childless, elderly man a great nation, to the time when promised Isaac finally uttered his newborn cries. God was faithful despite their mistakes. But I don’t want to make the same ones.
I guess if we’re in a season of waiting, we’re in good company. Certainly a search on Bible Gateway of “wait for the Lord” brought up dozens of results. I was going to include some of them in this post, but it’s gotten a bit long . . .
So I guess I’ll make you wait for it. 🙂

One comment on “Those Who Wait for the Lord, Part 1”