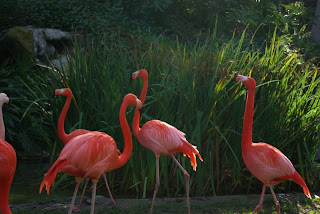 On New Year’s Eve, my family went to the zoo.

We saw the new elephant exhibit and watched a keeper feeding the tusked giant treats of carrots and squash. We stood at the tigers’ fence until the napping twin cubs, like giant striped kittens, woke up to play with their heavy-pawed mama. We saw a baby orangutan snuggled tight in his mother’s arms and finished off the day with a ride on the new wildlife-themed carousel. Most of the other riders were smaller than we, but that didn’t matter. 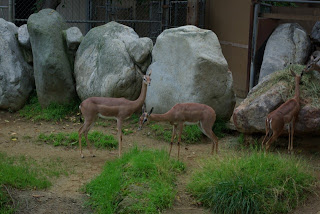 And as we wandered through the park, I had to laugh at the span of God’s creativity. How did He come up with the pendulous, fingering nose of the elephant and also the upside-down beak and backwards knees of the flamingo? The toothpick legs of the graceful gazelle, the soft paws of the jaguar, swinging limbs of the gibbon, and bright-feathered flight of the macaw? The diversity of His creation struck me anew, a now-city girl used to squirrels and crows as the everyday span of wildlife around me. Truly, He is an amazing and awesome and infinitely creative Creator.

The diversity of His human creation struck me also. The only consistent demographic at the zoo seemed to be a predominance of young families: Middle Eastern families, East Indian families, African American, Caucasian, Hispanic and Asian families, each so unique, yet alike in the wonderment of their children.

I thought how God is far too big for His creativity and glory to be expressed in just a single creature, even one as majestic as the lion, ponderous as the elephant, or beautiful as one of the soaring birds we watched in the free bird show. But all of His creatures together give us at least a glimpse of how incredible He is. 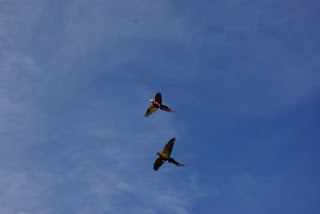 And it’s the same with us, creatures made in His image. We need the full spectrum of human colors and cultures to truly reflect His glory. These past few years I’ve begun to realize how arrogant it is for one culture—often my own—to assert that its own cultural expression of following Christ is the only valid one, and to insist that all others follow it rather than letting Jesus Himself transform each people and culture from the inside out as only He can. And when He does, each cultural part of His body will express who He is in a somewhat different way, complementing the others.

I have learned a lot about following Jesus from my African American, Native American, and Micronesian brothers and sisters these past couple of years. But I still have so much to learn—so much I will miss if I stay “safe” within my own cultural expression of Christianity.

In Isaiah 6:3, the seraphim around God’s throne cry,

“Holy, Holy, Holy, is the LORD of hosts, the whole earth is full of His glory.”

In the margin, I found it means literally, “the fullness of the whole earth is His glory.”

The fullness—all creatures, peoples, tribes and nations. Lord, open my eyes and heart to see.