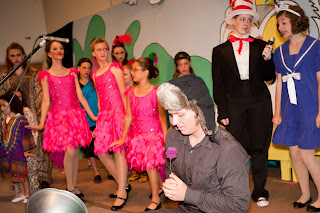 In the musical Seussical, one version of which our little theater company performed this summer, Horton the Elephant fights to save the tiny people on the miniscule planet of Who, so small that no one but Horton, the only one who can hear the Whos’ voices, believes it even exists atop his clover. During the show, Horton suffers loneliness, ridicule, being sold to the circus, even sentence to an insane asylum, because of his conviction that a person is a person, no matter how small.

This week, my mom was approached outside our local Trader Joe’s by advocates of Planned Parenthood. She shared with them a bit about our musical, including this line. They didn’t say anything.

Thirty-nine years ago this Sunday, it became legal in America to take the lives of the smallest people of our nation. Since then, roughly a million babies have been aborted each year. Two days ago was national Sanctity of Human Life Sunday, yet I didn’t see anything about it on facebook or hear any mention at church. I forgot about it myself on the actual day.

In some Christian circles today, it isn’t popular to advocate against abortion—though other human rights causes are promoted. In others, abortion is the only social justice issue that is popular. I struggle with this. Why do followers of Jesus seem to think He cares about certain groups of the “least of these” and not others? The fact that some promote the pro-life cause to the exclusion of (and it may seem, the not-caring about) others doesn’t mean these tiny ones hidden in the womb don’t matter. With the important role unborn babies play so many times in the Bible (Jacob and Esau, John the Baptist…Jesus), I think it’s clear they do. And I do think God is the One who determines when life begins and ends.

I know sometimes pro-life advocates are accused of not caring about the frightened young mothers carrying these babies. I don’t want to be like that. During our run of Seussical this summer, we heard about one such mother who just felt like she couldn’t handle another child right now. She was overwhelmed and considering abortion, yet comments she made showed she really hadn’t banished her baby from her heart. We gathered and prayed for her, that she would know that she could do this, know that the Lord would help her. At Christmas we learned her baby is due this month. Perhaps he or she has already been born. The grace of God.

I want to be more like Horton. To stand up for those without a voice, whether the homeless, the marginalized, or the unborn. To show the love and mercy and compassion of the One I claim to follow. 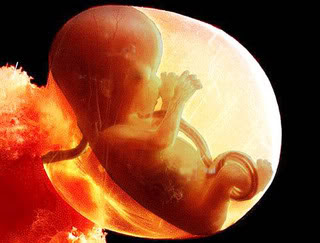 Actually, I want to be more like Jesus…who reached out to the tax collectors and prostitutes and Samaritans and lepers and also commanded us not to despise one of these little ones, for “the kingdom of God belongs to such as these.”

“And whoever receives one such child in My name receives Me.” ~Matthew 18:5

2 comments on “No Matter How Small”