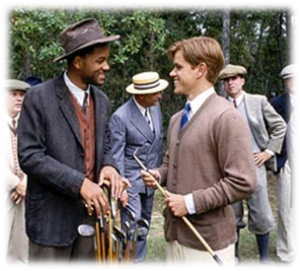 From The Legend of Bagger Vance

The other evening, my parents watched The Legend of Bagger Vance for their “date night” in our living room.

“It was a good movie,” my mom told me afterward.

It’s funny. I had picked up very little of the storyline from the bits and snatches of dialogue I’d overheard. But just from listening to the music, I gathered that this film was one of depth, quality, and emotional poignancy, one I’d like to see myself. 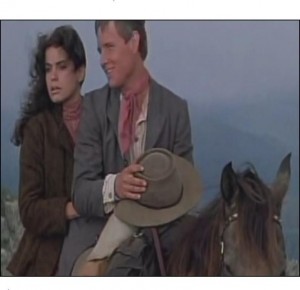 From the movie The Man from Snowy River

The next day, driving to the home of one of my tutoring students in my dad’s van, I fumbled with the radio buttons and ended up accidentally switching on a CD that was in the player, the soundtrack of the movie The Man from Snowy River. As the score swelled and filled the van, I was suddenly transported back to writing my first novel manuscript, Beneath a Turquoise Sky.

For some reason, that soundtrack had helped me transition into the world of my characters, had somehow captured their heart and hope, longing and poignancy, even–despite its Australian background!–the open mesas and cloud-studded skies of my northwest New Mexico setting. And hearing that music again, I missed Tse and Caroline and those hard but sweet days of first etching their story into a full novel.

Music can tell stories. And perhaps even more, it can help us tell them. Maybe that’s why, though I love many straight plays and movies, musical theater touches my heart so deeply. It’s hard for me to imagine experiencing Les Mis or The Sound of Music without the soaring scores that capture the emotion of these sagas so well.

In that way, of course, I’m at a disadvantage in writing novels—there isn’t a method, as far as I know, to pipe a proper soundtrack into the pages of a book! But though I know it’s not true for all writers, listening to certain music while I write—especially certain difficult scenes—helps me connect with the emotions needed and transfer them into words. And hopefully, someday to the reader as well.

So for each manuscript I’ve written so far, I’ve had music to keep me company as I write and help me get into that story-world. For Beneath a Turquoise Sky, in addition to The Man from Snowy River, I listened over and over to RainSong’s album Rising Sun. For Remember 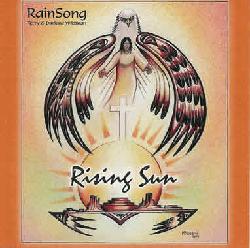 the Wind, about a Navajo Code Talker and a young couple expecting their first baby—with spina bifida—the scores of Rodgers and Hammerstein’s South Pacific and Carousel frequently kept me going, I think because of the WWII setting of the first and the poignant themes both musicals wrestle with. I listened to Rising Sun again too—somehow Native American worship music often seems to help me with writing from Native characters’ points of view.

And now, beginning a novel set in Fort Tejon, California during the Civil War, I’m gravitating toward the Civil War musical Shenandoah, as well as a Bound for Oregon album featuring both pioneer and Native American music. I’ve also ordered a CD of African American spirituals.

So what about you?  What are some of your favorite movie soundtracks? Is there a piece of music that always takes you back to a certain memory? Why do you think music holds such storytelling power? Please comment and share!