Join us as we continue this Advent Journey! Click here to read Days  One, Two, Three, Four, Five, and Six.

“Of the Father’s love begotten

Ere the worlds began to be,

He is Alpha and Omega, 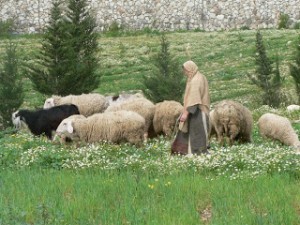 He the Source, the Ending He…”

“The people who walk in darkness will see a great light; those who live in a dark land, the light will shine on them…For every boot of the booted warrior in the battle tumult, and cloak rolled in blood, will be for burning, fuel for the fire. For a child will be born to us…”