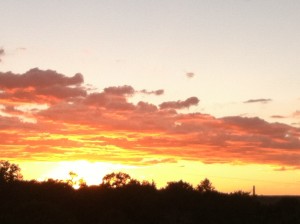 When’s the last time God worked the way you expected Him to work? Think about it a minute. Have you thought of an example yet?

So why do I keep expecting Him to?

A couple of weeks ago, I started watching again History Channel’s “The Bible” series that I’d begun last spring. Since I hadn’t quite finished the “Hope” episode focusing on the coming of Jesus, I decided to start it over from the beginning. And as I watched, tears came to my eyes at this visual sermon played out for me of how God works.

Here are His people—and much of the world—overrun by an oppressive and powerful empire. So He decides to enter it, Himself. And what does He do? He makes a poor young girl have a baby. Hardly anyone even realizes who He is. While Herod and then Herod Antipas and Rome keep flaunting their glory and flexing their power, He spends thirty years growing up in a backwater village. Then, wandering in the desert hungry and exhausted, He fights the first of many battles…but not against who people would probably think. Not the evil ruler of an earthly realm, but against the prince of darkness himself.

Finally Jesus starts His ministry, and now what does He do? Befriends some fishermen and tax collectors and enlists them, confused and messed up though they often are, to be fishers of men. Then He goes around healing and teaching crowds of poor folks and children. Not exactly doing much to deliver His people…or so it seems.

Yes, God’s way of working is weird. And yet…so beautiful. And far more powerful than anything we might come up with.

This Sunday, we held our first rehearsal for a reading we’re putting together of a Christmas script I wrote exploring what it might have been like for Mary and Joseph and the other people God chose to be part of the earthly coming of Jesus. And as I hear these gifted actor friends and family bring these characters to life, I’m struck yet again at the unexpectedness of God’s plans and how they often turn ours upside down.

He loves to do that 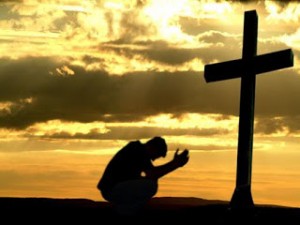 to our expectations, doesn’t He? Loves to do things in the last possible way we might imagine. After all, we wouldn’t expect Him to offer us grace upon grace, forgiveness, to us wayward, selfish, hard-hearted humans would we? We ought to have to pay for our sins, earn His favor, not just fall broken at the foot of His cross and admit we can’t do anything without Him.

Yet that is what He asks of us.

But He is good.

How has God worked in a weird way in your life? How might He be even now…whether you can see glimpses of it yet or not?

2 comments on “God Works in a Weird Way”