Recently the racism in Donald Stirling’s alleged remarks has created a bit of a media uproar. For me, it’s been another reminder, as with Trayvon Martin, that while we’ve made progress, racial tensions are far from resolved in America.

And it’s gotten me thinking. If Mr. Stirling did indeed make these remarks, I can’t help wondering—does he have any real friends who are black? Obviously h 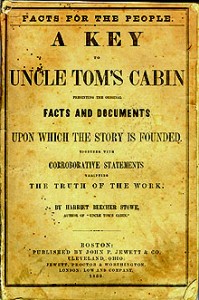 e knows and works with people of African-American background, as a quote in this article points out, but there’s a difference between that and genuine friendship. And I think perhaps too often, most of our friends–whatever our color–look pretty much like us. And it might be

more important than we realize.
When I wrote my English major senior thesis partly on Uncle Tom’s Cabin, I remember being struck by learning that Harriet Beecher Stowe never had any genuine friendships with African-Americans, even though she worked with figures like Frederick Douglass in the abolition movement. This struck me as incredibly sad, and also helped explain the racist attitudes present in her novel, even though she was seeking the end of slavery. She didn’t really know any of those she was trying to “help”—not really. She knew them as a cause, not as people.
Remembering that is one reason it’s been important to me, in writing about the Navajo, to really get to know Navajo friends and get their honest feedback on my stories. I don’t want to make the same mistake Harriet Beecher Stowe did, though no doubt I’ve made (and will make) others.
I didn’t used to feel comfortable talking about race. I think I felt that, as a white person, to even bring up race as an issue would almost be equivalent to showing prejudice. I needed to be “colorblind.” When I learned that one of my intended roommates in my apartment of girls my senior year of college was black, I didn’t even tell my family that ahead of time. It wasn’t because I thought they’d mind—far from it. I just thought race shouldn’t be a big enough issue to even mention. After all, I didn’t make a big deal of telling them the two other girls were white! But as we moved through that college year together, as certain campus incidents forced us to discuss themes of race and hurt and inequality, I gradually learned that issues don’t go away by not talking about them. But by bringing them honestly to light, we can better understand and know each other. And Lord willing, move forward.

Ultimately, I didn’t start really caring about racial reconciliation until I had not acquaintances but friends—real, inner-circle, heart-connection friends—who were themselves African-American and Navajo, and thus deeply affected by past and present realities of racism and injustice. Suddenly, these issues were personal to me, because they were personal to my friends.
I still have a lot to learn in all this. And more to share that wouldn’t fit in this post–hopefully coming soon. But I’m grateful for these friends who have been willing to share and walk with me, to listen to my journey as I listen to theirs.
So—friendship as a key to racial reconciliation and understanding. What do you think?

5 comments on “Friendship as a Key to Racial Reconciliation”