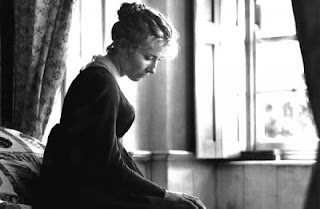 My sister enjoys watching the “deleted scenes” on DVDs. I often join her; it’s fun to see extra bits of the story that didn’t make the final cut and hear the sometimes-included director’s commentary on why that particular scene received the axe.

While I can often understand the rationale—a scene didn’t really move the story forward or gave information implied elsewhere—it can still be satisfying to watch scenes we didn’t know we were missing. Edward and Elinor on the bridge in Sense and Sensibility, for example. Sometimes such cuts are even hilarious; we watched one from Anne of Green Gables where Anne was supposed to be kneeling at Matthew’s grave. The only problem was that the headstone kept tipping, and actress Megan Follows kept reaching out to hold it up, never missing a beat in her lines! I suppose that would be a blooper as well as a cut.

I’ve written a lot of deleted scenes lately. Often it seems I’ve spent hours on a scene or two in my novel, every sentence dragging its feet from my reluctant brain, only to realize my writing rambles flatly, lacks tension, conflict, emotion—is, in a word, boring. It’s frustrating to hit delete and start all over, especially when I’m not sure how to fix it.

Usually I need more conflict, something to “happen,” or more immediate emotional connection with the character. Or I’ve been in the wrong character’s head! God has been faithful to show me, though it may be hours, days, or even months later that the inspiration comes—sometimes (like last week) through brainstorming with my creative sister, sometimes (like yesterday) in a sudden thought while driving home from Trader Joe’s. I’m eager to get typing on that one!

Almost always, I find those deleted scenes had a purpose after all. Maybe I needed to learn something about a character that I wouldn’t have discovered otherwise, or a bit of backstory helpful for me to know, though it may be superfluous for the reader. Usually at least a line or idea makes its way from the scrapped version into a better try. And so the Master Storyteller continues to show me that He can indeed work everything out for good.

At times I wish we could have deleted scenes in real life…those seasons or incidents that seem pointless except for heartache and confusion, times of “What were You doing there, Lord?” But just as with my story, He continues to teach me that He wastes nothing—that He uses even those difficult times for good, to draw us closer to Him, to teach us to dig deep and discover what foundation we are building on. To show us we can trust Him even when we don’t understand.

Though now I can usually only see glimmers (if that) of the “why” for these rough seasons, I have seen enough of His faithfulness to trust that someday, when we can “read” the whole story, we will see no deleted scenes in His plan.