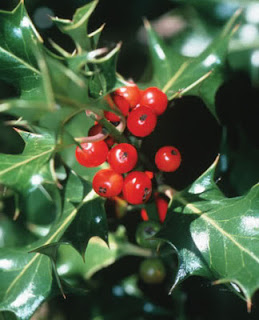 The lights went off at our church this Sunday morning.
I was in the windowless ladies’ room when it happened and fumbled my way out with the light from my cell phone. It turned out the whole senior center where our church meets—in fact, the whole city block—had lost power, right before Sunday service started.
So we gathered, closer than usual, clustering in front of the rows of chairs to be close to our sound-system-less worship team, seeing just fine in the light through the window blinds. The music of guitar and mandolin and joined voices was just as lovely as with the help of electricity—maybe even lovelier, I thought. For the sermon, our pastor projected, and we could hear him just fine without a mike. At Communion, since we were already in a rather untidy organization away from the rows of chairs, we just passed the bread and juice from person to person. It was rather messy, but it worked.
And I liked it. Somehow it reminded me of what really matters about being the church—not that we are perfect, or that things go perfectly, but that Jesus is among us, and that we gather together as His body, to sing to Him, confess together, listen to His word, and celebrate both His coming and His coming again.
The lights came on again right after church was over. Maybe God wanted to teach us something through taking them away. To remind us that He perfects His strength in our weakness—and that, as our church moves into its fifth year as a growing church plant, God is always opposed to the proud, but gives grace to the humble.
I kept wondering, last week, why God uses us human people to accomplish His work and spread His Kingdom on earth. It seems He would do so much better a job if He just did it Himself—because we mess up so much, even when we’re trying to follow Him. Every time I share with someone about the Lord, I seem to end up wishing I’d said something I didn’t or hadn’t said something I should. We fumble and disobey Him and hurt each others’ feelings, intentionally and not. Sometimes we even do hurt and damage in Jesus’ name, dishonoring and smearing Him, or so it seems.
Why does He put up with us?
I’m not sure. But for some reason, He loves to share the joy with us, to perfect His strength in our weakness. To remind us that when we are weak, it is then, in Him, that we can be strong.
My sister and I were watching The Lion, the Witch, and the Wardrobe last night, and I was struck by the Pevensie children’s dismay at the thought that they were the sons of Adam and daughters of Eve whose prophesied coming was to herald peace in Narnia. They were just ordinary children, flawed and nothing “special,” in their eyes. Kind of like the motley crew of fishermen, tax collectors, prostitutes, and other “ordinary” people who flocked after Jesus—and whom He chose to be the foundation of His church.
A Church against whom the gates of Hell would not prevail, even if the lights do go out now and then. 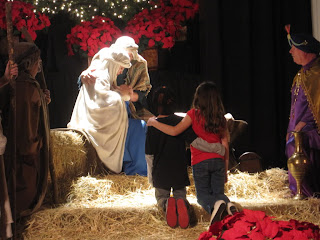 And the characters in the Christmas story—Zechariah and Elizabeth, Mary and Joseph, the shepherds and wise men. Little did these ordinary people know the extraordinary segment of God’s story they were about to be swept up in. They were human—they made mistakes. Zechariah didn’t believe the angel’s glorious message at first. Joseph almost took the wrong course of action and needed his own angelic visitation to set him straight. The Magi’s visit to King Herod led to the devastation of countless Bethlehem families.
And yet, God worked out His purpose, His sovereignty, His plan for good, for the salvation and redemption of the world—of us. And He used people— ordinary, sometimes stumbling people, who were simply willing to say “Yes” to Him, to offer their hopes and dreams, themselves, to the mercy of His plan. To trust and obey.
This video, with Amy Grant’s “Breath of Heaven” and images from The Nativity Story movie, reminds me of this. And that really, that’s all I have to do—be willing to say “Yes” to Him, to offer all I am to the mercy of His plan.
He’ll do the rest.