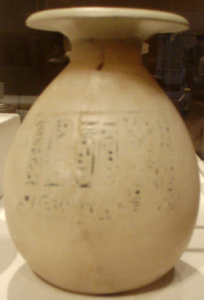 This Holy Week, I’ll be posting several snippets from the Easter story imagined through the eyes of those who were there, some revised from last year’s To Jerusalem series, today a new one. I hope you enjoy! Please comment and share your thoughts as we experience this week anew together.

It’s hard to believe, seeing my brother so healthy and whole, what we were facing a few weeks ago. At first, I wasn’t so afraid, not like I would have been before we knew Jesus. He would come, and He would heal him. We sent for Him right away, knowing all we needed to say was that the one He loved—like He loves all of us—was sick.

As I sat in the stupor of grief four days later, hardly hearing the wailing around me, I couldn’t tell which hurt more: the loss of my brother, or knowing that the best Friend we had knew of our pain, and yet didn’t care enough to come and share it—or take it away.

I jumped up, hardly knowing how my feet carried me out of the house and to the road where He waited with His disciples. At the sight of His face the tears overwhelmed me again, crumbling me to the ground at His feet where I could only choke out, “Lord, if You had been here, my brother would not have died.”

Jesus stepped near, and together we wept, we three who loved Lazarus most.

That got Martha’s attention. She shook her head at Him. “Lord, by this time there will be a stench, for he . . . has been dead four days.”

But He looked at her, then at me. And His words rang with that inimitable tone of one who knows what He speaks. “Did I not tell you that if you believe, you will see the glory of God?”

I looked into His face, as He laughed with tears still in His eyes, looking at us with something in His gaze I’d never seen before—as if He was seeing how He wanted all things to be, and yet as if some secret burden pierced His heart.

Tonight that same fear chills me, as I kneel here on the stone floor. Something is coming, I sense it, though I don’t know what. But it frightens me. More and more, I see our Messiah has come to stand against sin and death itself.

I stand and brush the dust from my skirt, clasping the alabaster jar tight in my hands, then start toward the room where Jesus sits among His disciples, and my sister, and my brother, whose body I used this perfume to anoint so short a time ago.

Read the whole story here in John 11 and 12! And check back for more installments as the story unfolds over the next few days…

5 comments on “A Series for Holy Week, Part 1: Through Mary of Bethany’s Eyes”