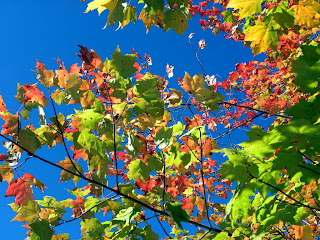 I feel like I’m in a “waiting” stage of life right now.
Waiting for a publisher. Waiting for some direction for my future. Waiting, I hope, for a man to partner and move forward with into that future together.
I feel like I’ve often been waiting. And I know quite a few friends in a similar phase of transition-but-not-knowing-what-comes-next. It’s not an easy place to be. I want to know! I want to be able to move forward!
But God hasn’t said it’s time yet.
He’s big on waiting, it seems. Ask Abraham and Sarah, living in the desert for decades on end while they waited for God to fulfill His promise of a son. Ask Elizabeth and Zachariah, who didn’t even have the promise of a baby to wait for…just a hope, if even that. Ask all the people of Israel, suffering through conqueror after conqueror for hundreds of years, waiting for Messiah to come.
Ask even Jesus. What did He do, those eighteen years between His trip to Jerusalem for Passover at twelve and the inauguration of His ministry at thirty? Wow, at my age He was still waiting too.
But surely waiting isn’t only waiting, or God wouldn’t be such a fan of it. He wouldn’t have sent Moses into the desert for forty years before deciding he was ready to lead His people out of Egypt. He wouldn’t have waited thousands of years between when Adam and Eve blew it and sending His Son, or waited at least a couple thousand more since to restore all things. He wouldn’t have asked so many hard years of Abraham and Sarah, Elizabeth and Zachariah.
For some reason, He must think what happens in the waiting is almost as important as what we’re waiting for. And timing must be a big deal to Him.
I’m also learning that waiting isn’t just waiting. He wants me to live my life fully as what it is now, not put my hope in what might be someday. I can look around at my current circumstances and lament my lameness in still living at home with my parents, still being an unpublished novelist, still being unmarried and unattached when so many of my friends are decking Facebook with baby pictures.
Or I can see my blessings in the “path of life” He’s given me today, right now. Like parents who are actually pretty fabulous people to live with, a season of a little more resting and a little less rushing, and the opportunity to spend an afternoon a week with some precious children at a transitional house for homeless families. 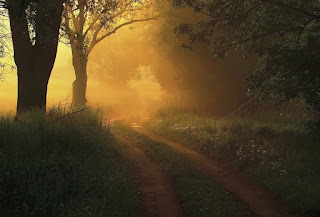 I don’t understand all—or even most of—the reasons God is so big on these waiting seasons. I only know that He seems to be, and He must have a good reason for it, though sometimes I crumble into tears and beg Him to do something! But I think, if we could ask them, Abraham, Elizabeth, and Moses would tell us to hang in there. In the end, we’ll be glad we waited.
And we do not wait alone. This video brought me to tears. I hope it blesses you too.

Yet those who wait for the Lord will gain new strength; they will mount up with wings like eagles, they will run and not get tired, they will walk and not become weary. ~Isaiah 40:31

6 comments on “When We’re Tired of Waiting”