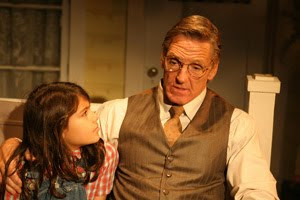 I sat in an Alabama courtroom Saturday night…in 1935.

I watched a young black husband and father falsely accused of rape by a young white woman and her father. I watched as an unassuming lawyer courageously fought for the truth, so obvious but for the fog of prejudice. I watched with the lawyer’s children, Scout and Jem, who looked on with their friends in the “colored” balcony opposite me. 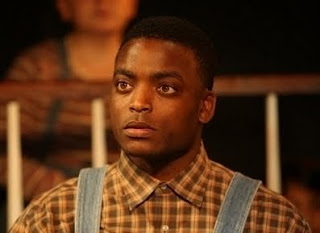 It was a live production of To Kill a Mockingbird by Actors Co-op, a group of professional Christian actors. This was the second play of theirs I’ve attended since my family’s introduction to their company last Christmas, and I can honestly say both have been the finest examples of live acting I’ve ever seen. If such productions could get Oscars, I think the actor portraying Atticus could easily have won. And the small theater with seats on three sides of the floor-level stage literally brought us into the story during the courtroom scene.

I watched as the judge read the jury’s sentence of “guilty.” My heart cried with Scout to her father, “How could they do it?” Atticus’s response has rung in my head since: “I don’t know, honey, but they did it. They’ve done it before and they did it tonight and they’ll do it again. And when they do it, it seems that only children weep.” Yet tears wet my cheeks too. 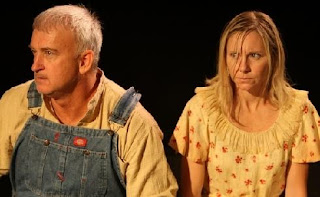 But the story also reminded me that, despite the racial divisions and unhealed hurts our country still bears, we have made progress. Something the character Miss Maudie said stuck with me as well—she told the children that as she sat in the courtroom waiting as the jury deliberated for hours, she thought to herself, “He can’t win.” But that she also thought that only Atticus Finch could keep a jury out so long for a racially charged case like this. And so she thought that maybe, just maybe, they were moving in the right direction.

I sometimes find it easy to get discouraged by the walls that still exist in our society and even in the church between different cultures, different peoples. This play reminded me that sometimes, even when you take a stand and fight as hard as you can, you may lose. Tragedy may still happen, as in To Kill a Mockingbird. But it also reminded me that it is still worth fighting…that God does not let our striving for what is right be wasted. And that He is working to bring justice and equality and to break down walls, even if to us the progress seems slow.