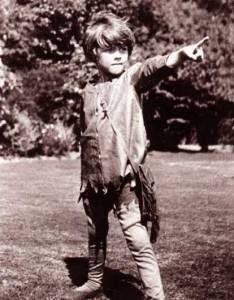 I recently watched the movie Finding Neverland for the first time. I was touched and moved by this story, based on a true one, about the sensitive Scottish author of Peter Pan and the little family of four boys and a widowed mother who captured his heart and helped inspire the timeless tale of the boy who never grew up.

I didn’t realize J.M. Barrie was a struggling playwright coming off a flop when he finally burst forth with Peter Pan. And I’d forgotten it was that loving connection with a real family of fatherless boys, the Llewelyn Davies, that drew him to write the story that would live in the imaginations of generations—perhaps because he wasn’t so much trying for fame, but writing from his heart.

It reminded me of other classic authors, like A.A. Milne and Louisa May Alcott. Milne wrote many plays and a murder mystery, but it was his gentle Winnie-the-Pooh stories, written for his own child, that engraved him in literature for good. And Louisa May Alcott, like her somewhat-autobiographical protagonist Jo, wrote sensational stories to try and make money to help her family. But when she wrote a simple story about four sisters, based on her own growing-

up years in a close-knit family—well, once Little Women was born, Alcott’s life, and those of girls across America, would never be the same.

When I spent a semester in Oxford, England, during college, I had the joy of a tutorial in the Golden Ages of British Children’s Literature. Perhaps what struck me most from this study came with the discovery that so many of the books we studied were initially conceived not for the purposes of publication but as tales woven for a particular child, whether a son or daughter or friend. Not only Winnie the Pooh but also Peter Rabbit, Wind in the Willows, Alice in Wonderland, and even The Hobbit had their beginnings this way.

Obviously many wonderful books have been created for a broad commercial audience. But it does seem that to really last and touch hearts for generations, stories need to have something deeper behind them than merely an appetite for sales, something that comes from the heart.

With my own newest story-in-progress, I cut out fifty-some pages the other day, because I realized I just didn’t have characters or scenes on the page that would connect deeply with readers—they didn’t with me! I needed to go deeper, make sure I was writing honestly, letting my characters be real people, get rid of stock characters and forced situations, and write in a way that came from my heart. I’ve started again now, and by God’s grace and with His help I trust this draft will be better. I know I’ve tapped deeper into my own emotions and memories alread 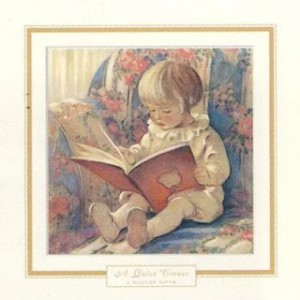 So what are your favorite “stories from the heart”—whether those you’ve read or those you’ve written? Why do you think some classic books have held such lasting power? Please comment and share!

4 comments on “Stories from the Heart: Finding Neverland and Winnie-the-Pooh”