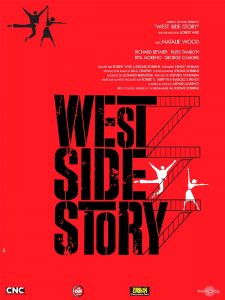 We stood in the parking lot, my sister and mom and I, talking animatedly though the clock ticked toward eleven at night.

It was this summer, less than two weeks after the killings of Alton Sterling and Philando Castile, followed by the shooting of five police officers in retaliation, and the country was reeling. And we’d just seen a community theater production of West Side Story.

Maybe a Romeo and Juliet twist set in 1950s New York amid rival white and Puerto Rican gangs might not seem to have much to do with the racial tensions of 21st century America. But my sister and I couldn’t stop seeing the parallels.

It was a community production, and while everyone did a good job, at times the acting faltered. But the story came through strong nevertheless.

And the message pressed deep at our hearts.

It’s a story of love and hate—of a young man and a young woman who fall in love with the “wrong” people—people from the “other” group. They don’t want to worry about all the strife and hatred around them—they just want to be together. But they ultimately get pulled into the spiral of violence and hate and mutual prejudice, ending in tragedy and more than one young man’s blood spilled on the streets.

I saw so many relevant themes, as we watched—how the cycle of hate and fear gets perpetuated, over and over, when one side seeks revenge on the other, than vice versa, in an endless spiral of killing and anguish. How we so easily demonize anyone who isn’t like us. In the character of Doc, I saw so many of us, who hate the division and strife and violence around us and wish it would stop, yet don’t know what to do, and so we just remain passive and try to stay out of the way. And, in the “Officer Krupke” song, how so much of the brokenness in young “troublemakers”’ lives comes from hurt and neglect in their own pasts. And even some racial profiling/police bias.

At the end of the play, a grieving Maria confronts both sides of the conflict in an anguished plea that always strikes to my heart, whether in the movie on stage. “You did this,” she tells both sides, gesturing to the lifeless body lying in the middle of the stage. “You all did this. Even I did this—because now I hate.” And trembling, she holds a gun toward them all. But then she drops it, and crumbles weeping to the floor.

And it is then, that slowly, awkwardly, both gangs start to move. And come together to lift the broken body between them, and carry him together offstage in perhaps, the audience hopes, a first step toward reconciliation.

It was remembering that part that made me tear up, there in the parking lot. And part of me wished I’d had the courage to talk to an African-American family who had sat behind us in the theater, and see what they were thinking after this show, and if we could maybe talk and listen to each other, and take another small step toward healing and reconciliation.

That was a couple of months ago, and again in the past week our country has been rocked by more unarmed black men being shot, along with a school shooting and one at a mall. Clearly hatred and division did not stop with the 1950s—they are with us today as much as ever.

In the last few days, two African-American men have even been killed in my own southern California, one practically in my family’s neighborhood. Any ideas that we are somehow more “advanced” in California seem crushed now.

I put on the Broadway revival West Side Story soundtrack as I mopped the other evening. And when the “Somewhere” song came on toward the end, I cried. I wished I could be with some of my African-American friends, and hug them, and weep together for all the hurt they have carried for so many years…for the weariness I hear in their voices and hearts from so much struggle for so long, and the fear and feeling of being hunted, and the longing for it all to stop.

I don’t have answers. I am grateful for how believers black and white have come together in my hometown to hold a vigil and peaceful march of prayer and grieving, united together in seeking justice and healing. I know nothing is impossible with God, and I believe healing and reconciliation is His will. But sin and evil are still at work in this world. And sometimes, we just need to grieve, and weep with each other, and listen to what others really have to say.

I want to learn to do that, and I’d love to hear what thoughts and feelings you might want to share here in the comments. And in the meantime, I hope this song might bring some hope for you, if also tears, as it did for me. I didn’t even realize before that an African-American soprano, Reri Grist, sang this song in the original Broadway production–so that’s the version I’m posting here.