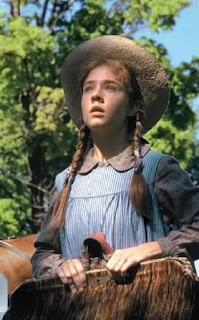 Anne Shirley…Jo March…Laura Ingalls…Heidi. The favorite books of my childhood remain inevitably linked to distinct characters, those storybook girls who made the stories live and breathe on the page and in my imagination, whose names even yet stir fond memories of the Alps, the prairies, or a little town called Avonlea.

With movies and plays, I generally like the story only as well as I like the characters. What would Miss Potter be without the engaging Beatrix, or Chariots of Fire without Harold Abrahams and Eric Liddell?

The centrality of characters presses home to me sharply now that I am building a story of my own. When I first started crafting stories in high school, I thought writers created their characters. I remember filling out my first-ever character sheet in 9th grade for my short pioneer story, “Becky’s Courage,” and “making up” characteristics as I went along. That story would be a good study in predictability now. ☺

I am learning that characters do not like to be made up. Instead, like real people, they like you to get to know them. And sometimes…they surprise you. Apparently, this propensity is nothing new. In a recent email conversation on the trials and joys of character unpredictability, I sent a writer friend this bit from Anne of the Island, where Anne is writing her first story seriously aimed at publication:

“Now she would be jubilant over a brilliant idea, now despairing because some contrary character would not behave properly.
Diana could not understand this. ‘Make them do what you want them to,’ she said.
‘I can’t,’ mourned Anne. ‘Averil is such an unmanageable heroine. She will do and say things I never meant her to. Then that spoils everything that went before and I have to go and I have to write it all over again.'”

Any of you writers out there—can you relate? Hmm…I wonder if Anne Shirley ever plagued L.M. Montgomery thus? ☺

The closest I can come to explaining this odd phenomenon is that God gives our characters to us, and then it is our job as writers to discover who they are. I love getting to know my main characters: Caroline, the naïve but earnest young woman seeking a new life as teacher at a Navajo mission boarding school, and Tse, the young herder seeking to follow Jesus as a Navajo while maneuvering between two cultures and the hurts of his past. I love spending time inside their heads…when they are cooperating, that is.

Writing my first novel has meant learning to see through someone else’s eyes in new ways. It’s fun to get inside Tse and Caroline, as both of them are different from me—Tse obviously in gender and culture, but Caroline’s background and personality also differ from mine. I am finding that, often, when I am stuck as to what a character should do next, it helps to take a step back and think (sometimes pray)—what would Caroline or Tse do in this situation? It may be quite different from what I would do, but the more I get to know them, the more easily the answer appears.

Recently, the Lord has begun pointing out to me another side of this principle. How often do I judge other people—real people—based on my perspective, without bothering to try to see from theirs? How often, by contrast, do I put myself in their shoes and see through their eyes—perhaps those of my sixteen-year-old sister or my ninety-five-year-old grandmother? Learning to see the perspective of those from backgrounds and cultures different from one’s own is something I hope Caroline learns in the course of my story, but what good is that if I don’t grasp this lesson myself? I fail in this over and over, but I pray the Lord teaches me to see through others’ eyes…and most of all, through His.

What characters have brought stories to life for you?

3 comments on “In Character”