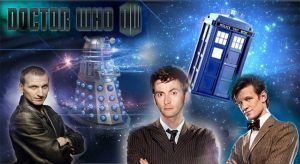 The first three Doctors in the BBC revived Dr. Who series.

A few weeks ago one of my students asked me, “Mrs. Giron [both they and I were still getting used to that name], are you a Who-Lockian?”

“A Who-Lockian. A fan of Dr. Who and Sherlock.”

“That makes sense,” another student commented. “He sounds like a guy who would be into those.”

Not sure how the boy knew that, apart from a few comments I’ve made about Anthony—perhaps just the understanding of one nerdy-smart guy to another (which is a compliment to both gentlemen, by the way).

But it’s true. Thanks to Anthony, I have become a fan of the BBC TV shows Dr. Who and Sherlock. They’re both a bit of a new genre for me, though I’ve always loved British drama and been somewhat intrigued by time-travel and mystery. But I’m coming to appreciate them more and more (though historical romance will probably always be more of a natural default for me). And since Anthony loves them—and often after a long day of work and commuting, we’re both ready to crash a bit and watch an episode in the evenings—they’ve been a fun means of bonding and relaxing for us in these early months.

And besides, Dr. Who helps me learn more about Jesus.

Not explicitly, of course, and I don’t think on purpose. But it’s there.

It struck me first in an episode where—without giving away too much—the climax hinged on the power of the Doctor’s name, and people believing in him. But since then, it’s hit me in a lot of other little ways. And these parallels have touched my heart and nudged me to look at Jesus and see Him afresh.

So I thought I’d share a few with you. Maybe you’ll think of more, if you’re already a fan—or decide to check the show out, if you’re not yet.

I think this was one of the first things that struck me as a similarity between the Doctor and our Savior. Even though he gets frustrated at times (as Jesus so often must have) with the hard-headedness of humans, the Docto 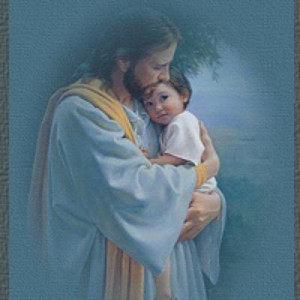 r has an almost endless supply of compassion and, yes, deep love for us stupid little people. Even for those who seem beyond the reach of hope, he keeps trying and holding out a chance for them to just turn back and be good again. It somehow reminds me of what C.S. Lewis wrote in the Screwtape Letters:

“For we must never forget what is the most repellent and inexplicable trait in our Enemy [God]; He really loves the hairless bipeds He has created…” (Letter XIV)

For all his understanding of human frailty, the Doctor never pulls punches about being different. While often remaining mysterious about who (okay, it’s hard to avoid the puns) exactly he is, he will bluntly tell people he is special, he is brilliant, and, in a crisis, often their only hope. Yet somehow he does this in a way that doesn’t strike us as egotistical or offensive—because we know that it is true.

Jesus, too, while often hedging on His exact identity except to His disciples, never compromised on His uniqueness—offering forgiveness, accepting worship, performing miracles, saying He was before Abraham, one with the Father, and would come on the clouds of heaven. It got Him in trouble, but that never stopped Him from saying what was true and being who He was.

Anthony pointed this one out to me. Generally—even if he happens into the current crisis by accident—the Doctor’s whole goal in each episode is to save. He is driven to fix, to rescue, to heal, to make what is wrong right again. It isn’t hard to see the parallel here . . . and why people are so drawn to a character like this. I think it must speak to the echo in our hearts that longs for a Savior.

This one’s a bit fascinating. The Doctor doesn’t get angry easily, but when he does, it’s something to watch. He’ll always give evildoers a chance to repent and return, but if they don’t, or push him too far—well, you don’t want to be on the receiving end of that.

See Jesus cleansing the temple. Or lighting into the Pharisees. Or someday, coming as a Consuming Fire.

Sometimes characters crop up on the show warning about the Doctor—because, they say, disaster tends to follow in his wake. He is even called “the Oncoming Storm.” Of course, this is often because he tends to show up where most needed, but hanging around with the Doctor tends to not be the safest choice anyone could make. 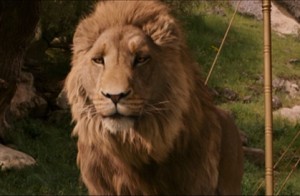 I’ve thought of that other beloved C.S. Lewis quote about Aslan from The Lion, the Witch, and the Wardrobe: “’Course he isn’t safe. But he’s good.”

The companions who join the Doctor—Rose, Martha, Donna, Captain Jack—learn quickly that being with him isn’t just fun and games but will certainly expose them to trouble and danger, and quite possibly death.

But they also discover it is worth it . . . just to be with the Doctor, to know him.

If you know Jesus, I’m guessing you could say the same. I can, and I want to always keep pressing in to know Him better. Because as wonderful as the Doctor is, I know Jesus is immeasurably more so.

So . . . if you’re a “Whovian,” do you have anything to add to this list? What about other TV series or films—has God ever sprung out unexpected parallels or truths to touch your heart? Please comment and share!

4 comments on “Dr. Who and Jesus: How Watching BBC Sci-Fi Helps Me Know God Better (No, Really…)”