Special Note: Stay tuned for a special “same day blog” with Jennifer Major next week! And now, for our current program…

For the first time in my life, I’m following a couple of current TV series. 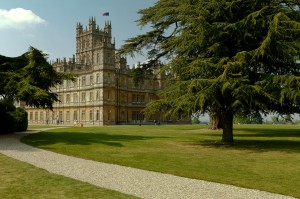 I’ve been watching through PBS online or Amazon Prime streaming, as we have neither cable nor a very viable TV connection, so I’m a bit behind (no spoilers, please!). But both Downton Abbey and Call the Midwife are actual current shows that other people watch and that I’m watching too—a rather startling phenomenon for me.

These British historical dramas have drawn me in…the settings, the stories, the characters. They’ve touched me and made me laugh and cry. And as an aspiring crafter of story myself, I’ve decided I probably can learn from why these series work so very well.

I hope you enjoy this little dissection—please jump in and join the conversation!

For me, characters are primary to a story, though I know strong plot is essential also. And the characters of these series have won my heart. From Sister Evangelina and Fred of Call the Midwife to Mr. Carson and Lady Violet of Downton Abbey, even the more minor characters of these shows sparkle with life, charm, and realism. I’ve been impressed by the character arcs, especially of Lady Mary and O’Brien of Downton Abbey, and the way Sister Monica Joan’s dementia is portrayed in Call the Midwife. After living with a grandmother with dementia for eight and a half years, the truth of the actress’s performance shines for me.

In order for a reader or viewer to care, what’s going on in the story has to actually matter. And in these series, it does—I care deeply whether Mr. Bates is going to lose his job (or worse) in Downton Abbey and whether a mother and baby will survive a difficult pregnancy or Sister Monica Joan a bout of pneumonia in Call the Midwife. Of course the excellent acting and script are largely responsible for how much I care and relate to the characters. But the best writing and acting can’t carry a story if the stakes aren’t high enough. And these shows aren’t afraid to not only threaten bad things, but also, sometimes, to let them happen—to let a beloved character lose a child, or be diagnosed with infertility, or be unjustly convicted of murder, or even die. Which leads to the next point…

Being willing to go difficult places

While they are not tragedies, both Call the Midwife and Downton Abbey acknowledge and include sometimes harsh realities. I think that’s one reason why they are so beloved, for we can only genuinely relate to stories that reflect in some way that which is real and true to life. Letting characters face heartache and loss and injustice, yet come through them to find beauty amid the ashes, lends these series much of their power, I think.

Timeless themes of hope and honor

In a world where cynicism runs rampant and uprightness often seems hard to find, the values of these shows stand in refreshing relief. They are not perfect, and I’ve both seen and heard of episodes where the morals fall a bit short of a biblical mark. Yet overall, the honor of doing right tends to be exalted in Downton Abbey, and the values of compassion, chaste romance, and even faith in God have often touched me in Call the Midwife. The popularity of these shows reminds me that, however cynical and fallen our culture might seem, something inside us hungers for the pure and true and good—ultimately, for God, even if people don’t realize it. I want to write stories that touch that longing and point hungry souls to Him.

So…are you a Downton Abbey or Call the Midwife fan? Why do you think they have captured so many hearts? Please comment and share! I’d love to hear your thoughts.

5 comments on “Downton Abbey, Call the Midwife, and Me”