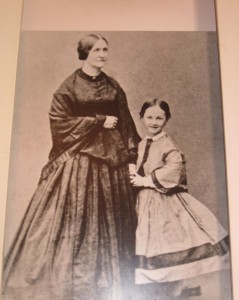 Real inhabitants of Fort Tejon around the time of my characters.

I’ve been getting to know some new folks the last few months.

In many ways, it’s like forming any new relationship. I have my first impression, and think these might be some pretty cool friends. I get to know them a little better, and see some of my initial opinions might have been off. Maybe I’m not even sure I like these people after all.

As I go deeper, start listening to them and discover who they really are, I find that, though I was mistaken in my first impression, and they aren’t quite like I thought at first…they’re better. They have depth and histories, faults and virtues, struggles and heartaches, passions that drive them. I start to feel privileged to know them and look forward to spending more time together.

Much like getting to know anyone, right? Except…these people are pretend.

Yep, I’m in the early stages of starting a new novel. And my main characters—a young abolitionist woman from the East and an Army Captain taking up a new station at Fort Tejon, CA—have been a bit elusive to get to know. The heroine in particular.

I’m not sure why, but despite my character charts and such, she’s been a bit slow to reveal herself, who she really is, what drives her. Finally, though, in recent weeks she’s started opening up. One night on a writers retreat last month, she suddenly started talking…not to me exactly, just talking. So I tried to write it down. And discovered she was quite different than I’d originally thought. And she’s continued to reveal bits and pieces since.

One of these days I need to actually sit down and have a talk with her. When I interview my characters—always written in longhand—I discover more about who they are, what they care about, and what pushes their buttons. Nearly always I find something that surprises me. I’ll never forget the verbal wrestling I had with one of my Navajo heroes to get him to even talk to me—understandable, I guess, with his past experience with white people. But finally we got past it.

Honestly, if it weren’t for so many other writers with the exact same experience, I might worry about these characters that run around jabbering in my mind. But I don’t think we all need to be checked into an asylum.

We must just be a unique breed God created when He made novelists.

Even Jesus made up characters. He nearly always began His parables by introducing a certain protagonist:

“A man was going down from Jerusalem to Jericho…”

“A moneylender had two debtors…” 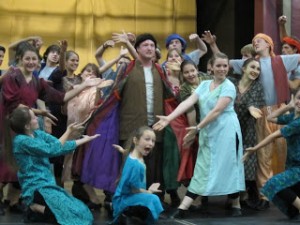 But most of all, I think the characters He creates are us. And what diversity, splendor, and creativity He lavishes on the beautifully unique human beings He creates to cast His Story on the world’s stage.

I hope my characters grow to reflect that real-ness and creativity at least a little bit.

What book have you read lately where the characters sprang to life on the page? I’ve been reading Between Us Girls by Sally John, and I’d like to have her characters over for dinner…and almost think I could! Or what is a favorite fictional character you’ve loved in the past? Please comment and share!

8 comments on ““Getting to Know You”: Creating Characters”