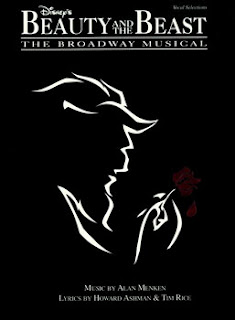 My sister and I are unashamed musical theater geeks. Sometimes I wonder what people sitting behind us in the audience think when we squeeze hands and sway and bounce together in time to the music during the overture—if they can even see us in a darkened theater—but we don’t care. We agree the most exciting part of attending a live musical is the overture, when the anticipation reaches its highest pitch through the music expressing the story’s heart.

Last weekend, our family had the treat of attending a lavish production of Beauty and the Beast at a gorgeous historic theater. I was struck again, to the point of lump in my throat and tears in my eyes, at the wonder of live theater—how it can bind over 2,000 strangers together for a few unique hours, laughing and crying together, spell-bound in silence at a key moment or clapping together in spontaneous rhythm to “Be Our Guest” during the Entr’Acte.Truly, story, music, and drama—especially when executed as masterfully as we saw the other night, and with a story so ripe with redemptive meaning—have a God-given power to touch our hearts in a way I struggle to fully grasp, but still know.
I noticed too, as I watched the show unfold on stage, certain elements of story I’ve become more and more tuned in to the past couple of years—to the point of mildly annoying my family, I suspect, when I exclaim during a movie, “That was the key incident!” or “I think that’s the third disaster.” I remember a college professor telling our class of budding writers that we needed to develop a “sense of story”—but that he couldn’t necessarily teach it to us. I think I am starting to understand what he meant, and while it isn’t a formula that can be exactly taught, certain patterns learned through various writers, teachers, and workshops the past few years have helped me start to grasp the essential skeleton of a good story. 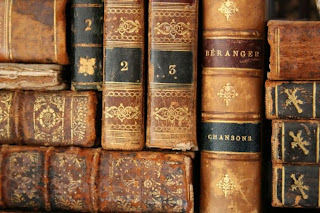 It’s not that these elements themselves make the story—without strong characters and the initial inspiration, these tools would only turn out cookie-cutter drivel. But promising characters and premise provided, beginning to understand certain elements has helped me take steps toward stronger plotting myself, as well as seeing why other stories, from old classics to modern tales, work so very well. Or why others don’t.
So over the next week or so, I thought it might be fun to try laying some of these discoveries out, using Beauty and the Beast as an example, in case any of you, like me, might find a certain delight in lifting the curtain on some of the inner workings of story-land.
Some of these elements will be taken from the traditional “Hero’s Journey”, others adapted from bestselling authors and instructors like Randy Ingermanson, James Scott Bell and Susan May Warren. But I’ll mix them up and lay them out in the way that has begun to make sense to me. 🙂
To be continued! I hope you enjoy!