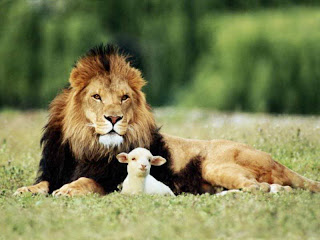 I’ve loved Advent as long as I can remember. When I was a little girl, the flickering flame of the first candle on the Advent wreath was enough to float me onto a cloud of Christmas wonder for the rest of the season.

As I’ve grown older, I’ve learned that this “Christmas spirit” isn’t automatic anymore. Sometimes I don’t “feel Christmasy” right away at all. Yet as I try to seek Jesus, asking Him to help me keep my eyes on Him amid the bustle of the season, by His mercy the wonder still comes. Not as involuntary or even as constant as in years past, but in some ways deeper, because it is based less on feelings and more on fact. The fact that He came.

But another facet of Advent has caught my attention this year, one I have heard referenced before but never really thought about beyond brief mental acknowledgement: that Advent means not only that He came, but that He is coming.

At our church’s young adults small group the other night, one of our leaders pointed out that the lyrics of “O Come, O Come, Emmanuel” really focus on Jesus’ second coming. While I think it can apply to both advents, that realization does put a different spin on the way I often sing those beloved old songs.

These thoughts are rather new to me still. But I guess it can help us identify more with the people of Israel, waiting for the coming of the Messiah, to remember that while He has come in humility and sacrifice—though coupled with victory—we wait for Him still to come in power and glory, to set this yet sin-sick and death-married world truly right again when He comes to take His throne. To look not only back but also forward. Forward to that time when

“The wolf will lie down with the lamb, and the leopard will lie down with the young goat, and the calf and the young lion and the fatling together; and a little boy will lead them. Also the cow and the bear will graze, their young will lie down together, and the lion will eat straw like the ox. The nursing child will play by the hold of the cobra, and the weaned child, will put his hand on the viper’s den. They will not hurt or destroy in all My holy mountain, for the earth will be full of the knowledge of the LORD as the waters cover the sea.
Then in that day the nations will resort to the root of Jesse, who will stand as a signal for the peoples; and His resting place will be glorious.” Isaiah 11:6-10