The other day I told my mom I was feeling bad about being mean to my characters. She laughed, but sympathized. 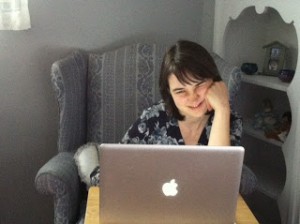 built on conflict—and more conflict—it’s a writer’s axiom that in writing a good story, you get your beloved characters stuck up in a tree. And then you throw rocks at them. I don’t particularly like that image, but it’s stuck with me. And sometimes when I’m reading a novel with a particularly rough plot curveball, I say, “Whoa—that was a really big rock!”

But I actually felt guilty recently when sketching out what would happen in the next few chapters of my current novel-in-progress…as I planned a fun evening at a Christmastime party for my young married couple who’ve been dealing with some difficult issues, then just as they were starting to feel things were going to be okay, planted for them a truly devastating voicemail.

I plotted further, and again felt that twist in my stomach as I sketched out another particularly painful point. Why was I doing this to them?

Because, of course, it would make a better story overall. Gut-wrenchingly painful things happen in real life, and if we can touch those real and vulnerable parts within us and others, our stories have the chance to be truly powerful.

But something else was bothering me, though at first I tried to push it away. Was this, I wondered, a little like what God does with our lives? Did the story rhythm of letting things go well only to turn them upside down with a new devastation feel familiar because that’s life—in other words, what He does with us? I had this troubling image of Him rather gleefully planning another catastrophe for us and going, “Wow—this is going to be such a great story!”

Finally, I pulled the niggling idea out and faced it. Maybe, in a very small way, being an author does give us just a tiny glimpse into God’s perspective. Though I feel like He shapes the stories I write more than I do—I just get to “find out what happens”—there is still a sense of authority and ownership over these people’s (What? They’re only imaginary?) lives. I know—at least more than they do—how the story’s going to turn out.

Of course there’s the whole aspect that God didn’t originally create a world with sin and evil in it. But if it’s true that writing does give a teeny, tiny glimpse into His viewpoint, then I realized a couple of things. First, I feel far from gleeful as I plan out and then write these heartaches for my characters. I’ve wept real tears with them before, and when a few days ago I put my plotting into practice and actually wrote a couple of those painful scenes, I found myself literally trembling along with them as they received the bad news. Even though I knew it would “someday” be okay, I hurt deeply with them.

Secondly, I only put my characters through all these obstacles and conflict because it will lead to a happier ending at last. If I left them as they are at the beginning of the book, in their selfishness and narrow-mindedness and carefully smoothed over wounds from the past, they might think they would be more comfortable, but ultimately they’d be far worse off. They have to go through the pain and come to the end of themselves to find the peace and joy and hope that I can see at the ending of the story—though they can’t yet. 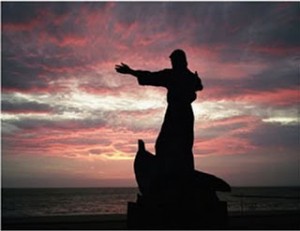 There’s much I don’t understand in this life and in my life right now, much I’d like to be different. But I’m thankful we have a God who sees the big picture, who can see, as we can’t yet, that the trials He’s allowed for us right now will someday be worth it. And who weeps with us in the midst of them, like He did with Mary and Martha, even though He knew He would raise their brother from the dead.

4 comments on “Being Mean to My Characters”