“I wish you’d consulted me first.” 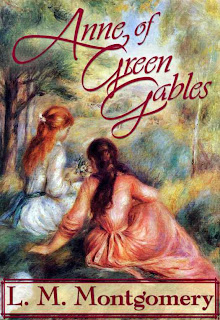 Anyone who has visited Avonlea through L.M. Montgomery’s Anne of Green Gables books knows Mrs. Rachel Lynde, the village’s outspoken, know-it-all, kind-hearted busybody—and the first to set off newly-arrived orphan girl Anne’s redheaded temper.
I’ve loved the Anne books since I was a girl, and seen bits of myself in Anne, with her dreams and writerly bent—in Diana, with her homespun ambitions of wife and motherhood—in Una Meredith, with her shyness. But I’d never, ever seen myself in Rachel Lynde.
Then while washing dishes today, it struck me that many of the faults I’ve found myself struggling with lately liken me to that “good lady,” as Montgomery affectionately labels her.
Oh, dear.
When I am quick to criticize, I am like Mrs. Lynde.
When I feel I have to be on top of what everyone in my family is doing—and how they are doing it—I am like Mrs. Lynde.
When I (at least inwardly) sigh and think if only people had done things the way I would have done them, how much better everything would be—I am just like Mrs. Lynde, shaking her head at Marilla’s adopting an orphan child and lamenting, “I wish you’d consulted me first” over her cup of tea.
Mrs. Lynde is far from being the villain of Anne of Green Gables. Everyone is fond of her and knows her good-hearted intentions. And yet she has an almost universal knack for rubbing people the wrong way and even—like Anne—making them want to explode or do the very things she so wisely warns them against.
And perhaps that’s why the verse in Proverbs about not being wise in my own eyes seems to always strike close to my heart. Like Mrs. Lynde, I am often wise in my own eyes. I think I know what’s best better than others do. Though I might not say it, sometimes I even seem to think I know better than God.
So silly.
I can’t see His plan or the big picture of what’s important any more than Mrs. Lynde could see the enormous blessing that troublesome orphan would bring to Marilla and Matthew and the entire town of Avonlea. So many times I stress out trying to control things as I think best, only to be soundly proven wrong and hurt relationships in the process.
Maybe thinking about Mrs. Lynde will help.

“Trust in the LORD with all your heart and do not lean on your own understanding. In all your ways acknowledge Him, and He will make your paths straight. Do not be wise in your own eyes…” ~Proverbs 3:5-7