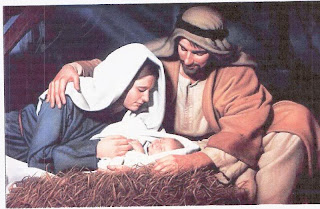 2 comments on “Toward Bethlehem: Unto Us”