Sometimes history is hard to learn. 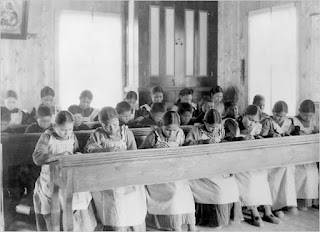 When I first read Richard Twiss’s One Church Many Tribes, at least once I stopped in tears and couldn’t pick the book up again for a while. I think it was the chapter about the abuse of Native American children at many mission boarding schools . . . central to the story I was writing, but hard to read, hard to learn.
Last week on Morgan Tarpley’s delightful Pens on a World Mapblog, Cathy Richmond shared about her novel Through Rushing Water, set largely on the Ponca Indian Reservation in the late 1800s. Cathy mentioned how researching her novel and the U.S. Government policies that wove through it shook her pride in being an American yet strengthened her faith in God. I could relate.
During my senior year of college, I began to have my eyes opened in a new way to the heartbreaking need for racial reconciliation in America and in the church. Lately, Mark Charles has brought to my attention the Doctrine of Discovery, a heavy bit of historical baggage I knew little about but that largely shaped the development of our nation, giving free rein to conquer “heathen” lands and consider indigenous inhabitants without rights to them. Reading some of the key 1823 case Johnson v. McIntosh sobered me quite a lot. And it was cited as recently as 2005 in a case with the Oneida. 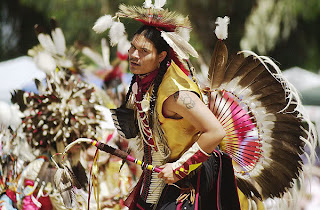 “We write about ‘messy history’,” Jennifer Major commented to me once—she got the phrase from Laura Frantz, who tackles some of these uglier, often untold sides of history in her novels, as Jennifer and I are also.
Sometimes it’s all a bit overwhelming. I wonder why God would bless America—and why we think He should. I don’t know the answers.
But I do know He is working. Not as a steamrolling Conqueror, as those who claim His name have often tried to do, but in the small ways that turn big, the ways of His counter-cultural, not-man’s-ways Kingdom. Like mustard seeds and yeast—almost invisible at first, but then growing till everyone can see the fruit. Learning of these Kingdom mustard seeds of healing, reconciliation, and hope gives me heart. I’ve learned of several just this past week or so.
1. Mark Charles and the other believers who are tackling the Doctrine of Discovery and wrestling with how to address and repent of its enormous impact on America and the church. They recently hosted a discussion about it at Calvin College, and I am thankful for a team of Christ-followers willing to tackle such a tough topic.
2. Terry Wildman of Rain Ministries and his in-progress translation/retelling of the Bible in language that speaks to the heart of Native peoples. I discovered this First Nations Version facebook page this past week and was moved by reading excepts on their website—check them out here.
3. A Polished Arrow ministries e-newsletter advertising the North American Native Youth Revival Movement and sharing about what God is doing among “First Youth Nations.” Native American teens have such a heartbreaking saga of brokenness and suicide…but the Lord is at work. 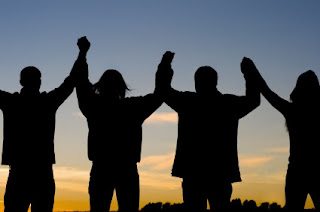 4. The Dignity Restored website and ministry of Harry Smith, an Irish believer with a heart and anointing for ministries of reconciliation, particularly in Ireland and America, but also around the world. So encouraging to see how God is working in similar themes throughout the globe.

“These things I have spoken to you, so that in Me you may have peace. In the world you have tribulation, but take courage; I have overcome the world.” ~John 16:33